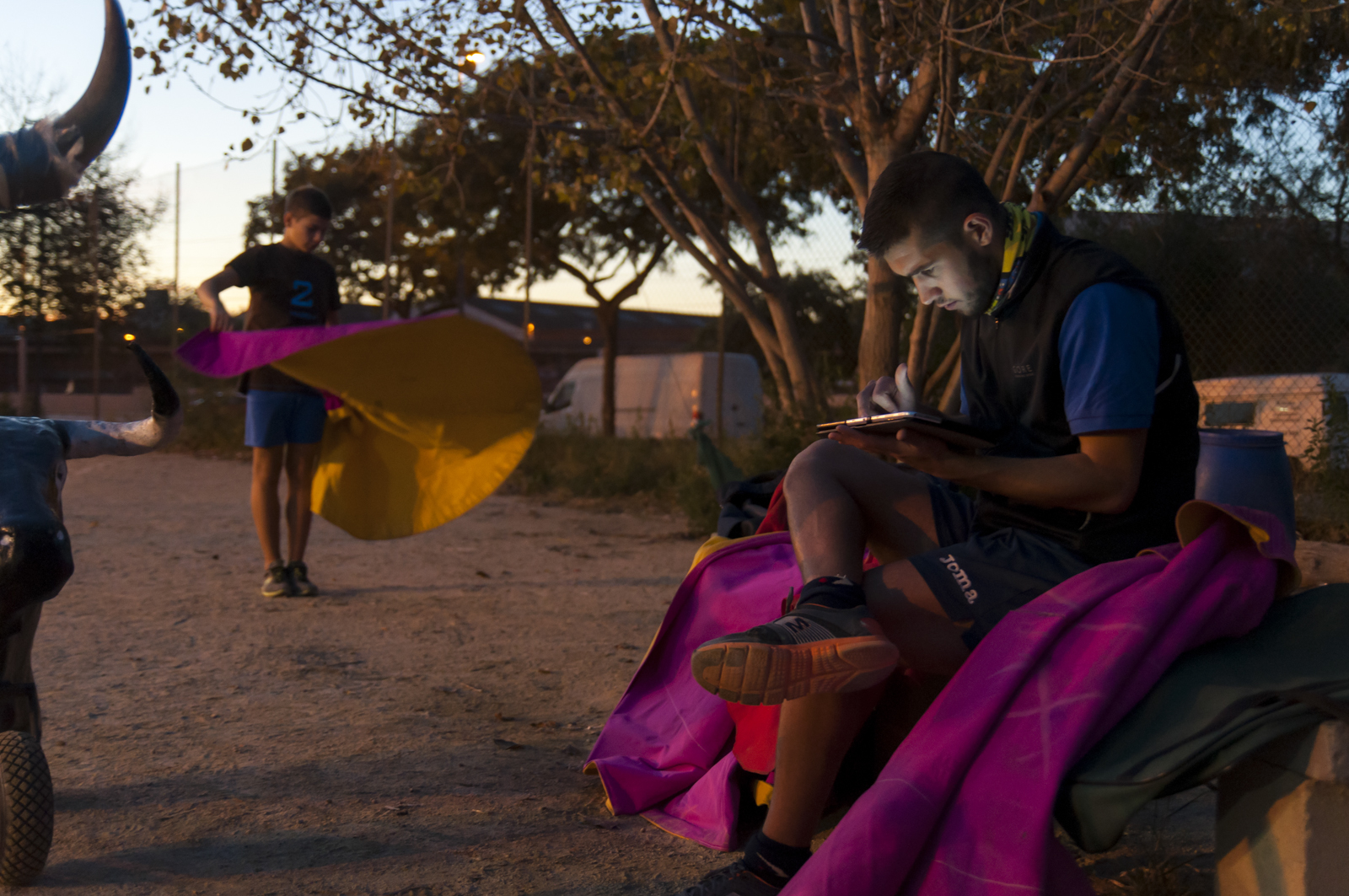 The Bullfighting school of Catalonia continues teaching bullfighter pupils, knowing that it is impossible to fight bulls in that region, so they only can learn the practice and go out of Cataluña to fight some smaller bulls.

The bullfighters, teachers and bullfighting fans hope that one day they can return to hold bullfights in Catalonia, because in a few months the Spanish Constitutional Court will give judgement on a possible illegality of the mentioned prohibition.

The photos reflect the difficulties faced by pupils of the Bullfighting School of Catalonia and how they manage to train and grow professionally.

Gustavo Valiente has been covering their training and their trips to cattle ranches, for one year, in order to train with cows, and other trips out to Catalonia, to some parts of Spain or France where the bullfighting school pupils succeed.

Will all these victories take place out of Catalonia?

Gustavo Valiente was born in Cáceres (Spain). He has a Degree in Forestry Engineering from the University of Extremadura, having had the opportunity to exercise this discipline for several years. During that time, he put into practice the knowledge and experience gained through his father, an amateur photographer, who taught him basics and traditional photography. In late 2013, he moved to Barcelona to attend the 17th Postgraduate Photojournalism at the Autonomous University of Barcelona. Once there, he had the opportunity to earn an internship in “El Periódico de Catalunya” newspaper, where he worked as a photographer.

Currently he works as a freelance photojournalist, publishing in various media and carrying out personal projects.