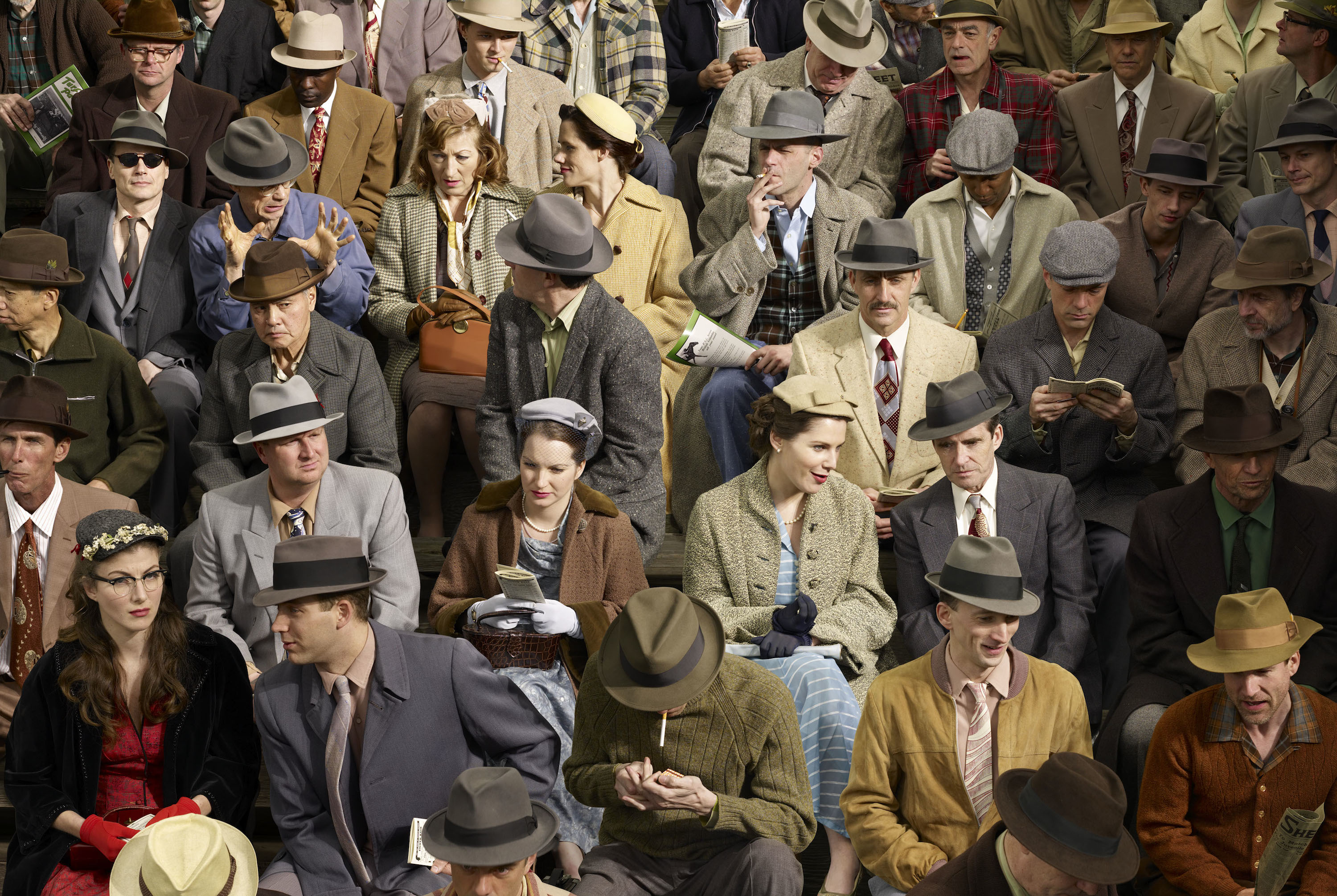 This is the first major solo exhibition of Stan Douglas’ work in Ireland. Presented in collaboration with Haus der Kunst in Munich and Museé Carré d’art de Nîmes; as well as Wiels in Brussels, Museu Berardo in Lisbon, Nicolaj Konsthall in Copenhagen, and The Fruitmarket Gallery in Edinburgh, the exhibition focuses on Douglas’s recent photography, including the critically acclaimed series, Malabar People, Mid Century Studio and Disco Angola.

The exhibition will include his major new film work Luanda Kinshasa (2013).  Set in a reconstruction of the legendary Columbia 30th Street Studio, which was based in Midtown Manhattan and home to some of the most renowned musical recordings of the twentieth century, this film is the documentation of a fictitious recording at the famed studio. It tells the story of a studio recording Miles Davis might have made following the release of his album “On the Corner” in 1972. “Miles Davis wanted to connect with a younger audience, and naïvely imagined that incorporating influences of Indian classical music and Karlheinz Stockhausen into extended funk improvisations would do the trick. However, Columbia Records decided to market to an older ‘jazz’ audience and ‘On the Corner’ was Miles’s worst-selling album ever.”

Luanda-Kinshasa expands Douglas’s interest in the African origins of the music scene in New York in the early 1970s. Similar to many of Douglas’s previous films, which have involved arbitrary loops that at times take days to unfold, combining and recombining edits to allow for musical variations. The emphasis is on the compositional process itself, rather than a finished composition.

This exhibition, in presenting both photographs as well as recent film work, reveals Stan Douglas at an exceptional moment in his artistic career. In these works, Douglas has closely interwoven music, film, theatre, photography, and digital formats, allowing them simultaneously to be associated with various forms of media, and together they provide both a rich introduction to an artist whose investigations into mistaken identity and unstable memory, reconstruction, reinvention and the long shadows the past cast into the present, make him one of the most interesting and important artists of our time. Curated by Seamus Kealy.