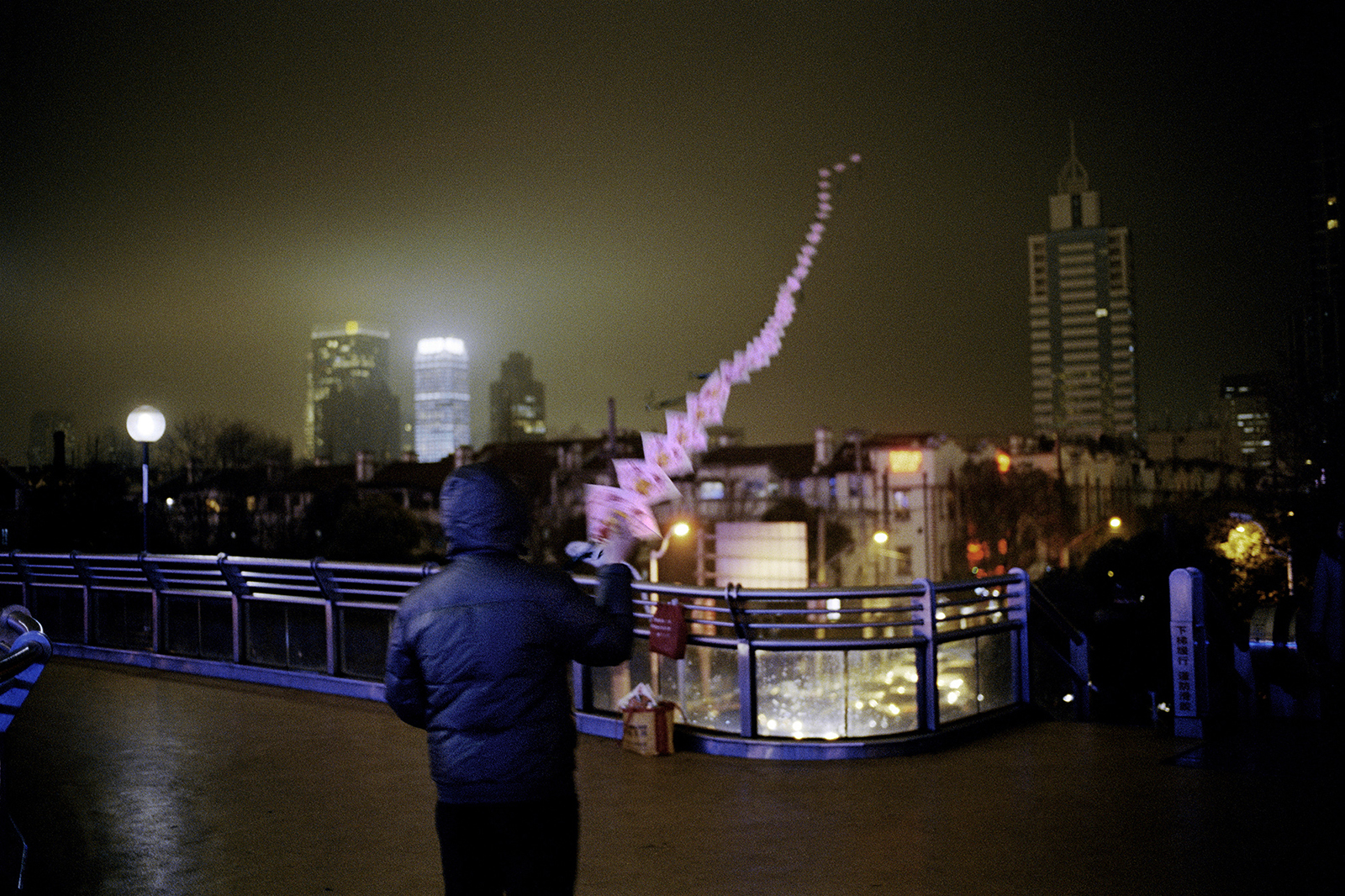 The images in Shanghai Ritual represent a year photographing the night-time streets of Shanghai. In the years leading up to the 2010 World Expo, Shanghai was remodeled from a small, underdeveloped city into a thriving metropolis. Recent years have seen the city rise to become one of the most important in the world, a symbol of the new and modern China.

Generally, it was not the typical vision of the ultra-modern Shanghai that appealed to the photographers, but more often it was the small pockets of the old that could be found in clusters around the city. Many of the images in this exhibition were taken in places that no longer exist as they once were. Certain neighbourhoods were already in the process of demolition when the images were being made. High-rise developments will be built on these sites and the residents relocated to far-flung suburbs.

Rather than making a straightforward socio-political comment on the changes taking place in Shanghai, Hamilton and Grogan strive to create an atmospheric portrait of a place in time, an evocation of their adopted city in which a purported 24 million people now reside.

In these images, made in the most populous city on earth, one often finds individuals who might otherwise go unseen, making their way through their nightly routines. Hamilton and Grogan share a fascination for the millions of lives being played out in the metropolis, and how a city is made up of all our intersecting narratives.

Shanghai Ritual is essentially a work of fiction, wrenched from reality. These images present an imaginary city, the combined impressions of two artists who sought to consolidate their conflicting senses of disconnection and empathy while living abroad. Ultimately, it is a tribute to a vibrant city, caught between times, that will soon be changed forever.

About William Hamilton and Diarmait Grogan

William Hamilton and Diarmait Grogan studied photography in IADT, graduating from the class of 2008. Since then, as independent photographic artists they have exhibited broadly. Between them they have shown work in several local and international arts festivals, among them Westport Arts Festival, First Fortnight, PhotoIreland Festival, Eva+ and Format Festival in the UK. William’s project ‘I Am Alive’ dealt with the aftermath of suicide attempts, and was acclaimed for its sensitivity and positivity in dealing with this important subject. Diarmait’s project ‘New Way Home’ has been exhibited in solo and group exhibitions in Ireland and abroad. He was included in ‘Blow Your Mind’, an exhibition curated by Blow Magazine featuring emerging Irish photographers in the Irish Embassy in Berlin, as part of the European Month of Photography in 2012.