Deirdre Mulrooney, Journey to YU (in the footsteps of Rebecca West) 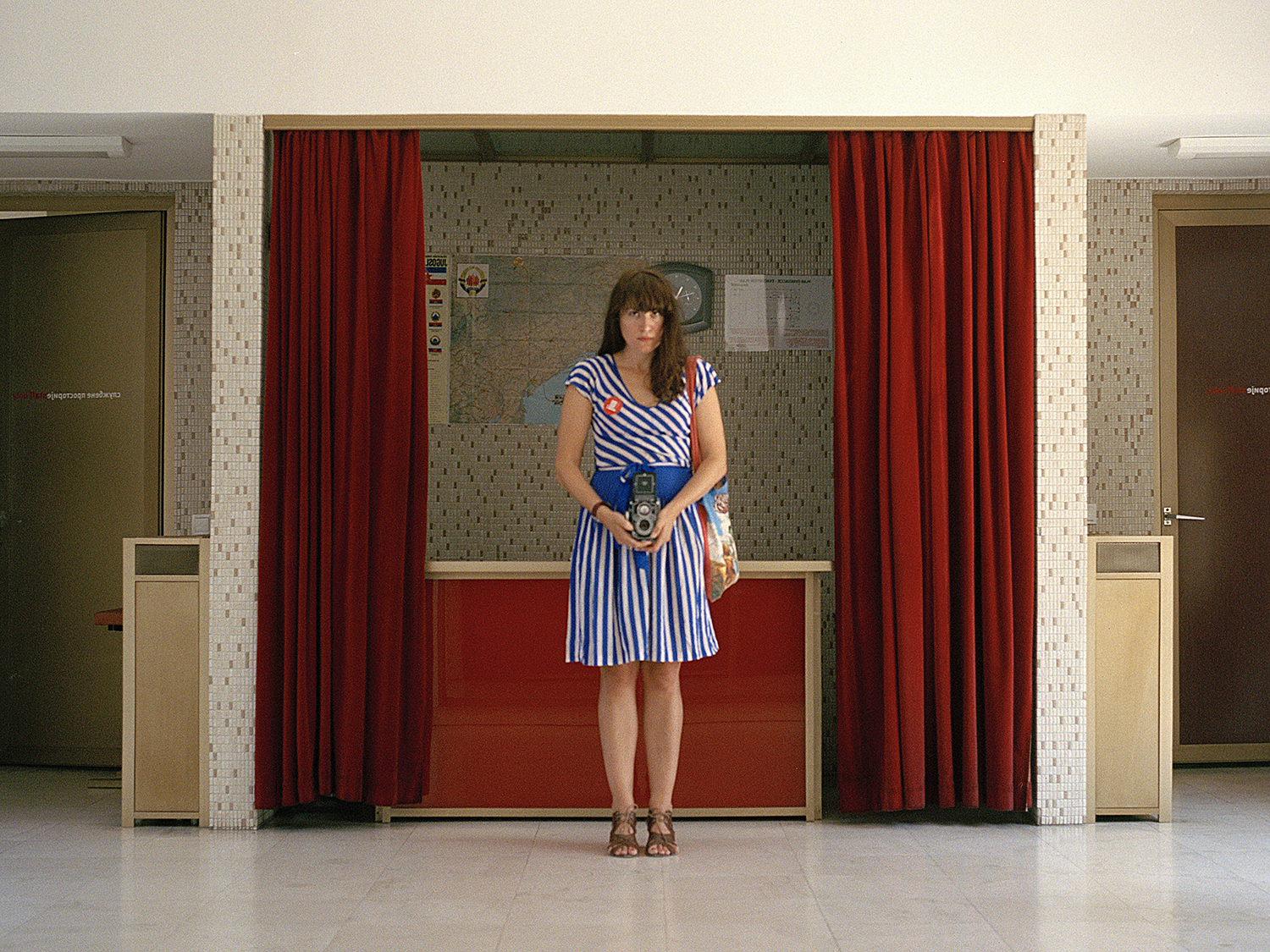 On the sombre occasion of the 20th anniversary of the massacre at Srebeniza, photographer Dragana Jurišić brings us on a magical trip to former Yugoslavia.

“Journey to YU (in the footsteps of Rebecca West)” is a photo-documentary by Deirdre Mulrooney, inspired by award winning photographer Dragana Jurišić exhibition “YU – The Lost Country”, which follows in the footsteps of neglected Anglo-Irish/Scottish writer Rebecca West’s epic 1930s travelogue to her former homeland, Yugoslavia, “Black Lamb and Grey Falcon”.

In her photographic pilgrimage,Jurišić brings West’s 1941 masterpiece into the present day, for an encounter with the medium of photography – through her rolliflex camera as she follows West’s footsteps through Yugoslavia, her former homeland, from which she was displaced during the 1990s war. Their photo-documentary highlights this unique and original road-trip where two women from different eras [Jurišić and Anglo-Irish writer Rebecca West], intersect in an intellectual, emotional, and physical journey through the Balkans. Conveying the devastating impact of war on ordinary people, this moving documentary which coincides with the 20th anniversary of the tragic massacre at Srebeniza (July 1995), features Olwen Fouere as Rebecca West, Zlata Filipovic (author, “Zlata’s Diary”), Dijana Milosevic (Founder, DAH Theatre, Belgrade), Colin Graham (Writer, Critic, and Lecturer in English at NUIM), photographer Dragana Jurišić, Pat Laffan, and is narrated by Deirdre Mulrooney.

Novelist, critic and ardent feminist Rebecca West was born Cecily Isabel Fairfield in 1892, the youngest of three daughters of Scots pianist Isabella McKenzie, and impoverished Irish journalist Charles Fairfield (a tumble-down aristocrat from County Kerry). West donned the name of Ibsen’s feminist protagonist from his play “Rosmersholm”, when she left school in Edinburgh initially to pursue a stage career in London. A gifted writer, West was a suffragette who contributed from an early age to feminist journal, The Freewoman. Her journalistic radicalism, and literary genius has unfortunately been overshadowed by her association with HG Wells, and by their son Anthony Wells’ subsequent sustained literary attacks on his unwed feminist mother. (Ironically, her turbulent association with Wells, who was 26 years her senior, began when she criticized his anti-feminism in her review of his book “Marriage”). West is an important pioneering figure in early 20th century literature and feminism.

Photographer Dragana Jurišić is from Slavonski Brod, and has been living in Ireland for over fifteen years. Since receiving a distinction for her MFA, University of Wales, Newport in 2008, Dragana was selected as an Axis MA star in 2009 (a selection of the most promising artists coming out of the leading MFA’s in the UK). In 2010, she received the Arts Council of Ireland Travel and Training Award. In 2011, the artist won the Royal Hibernian Academy’s Emerging Photographic Artist Award, Arts Council Ireland Travel and Training Award and Culture Ireland funding, as well as the Graduate Student Prize from The International Rebecca West Society. In 2012, Jurišić received funding from Belfast Exposed and the Arts Council Ireland award. In 2013, Jurišić won a Bursary Award. She has exhibited internationally and her work is part of the Irish State Art Collection, University of Michigan collection and many private collections. In December 2013, Jurišić completed her PhD research at the European Centre for Photographic Research.

Producer/Writer/Director Deirdre Mulrooney holds a PhD in Modern Drama from University College, Dublin. She is author of “Irish Moves and illustrated history of dance and physical theatre in Ireland” (Dublin: The Liffey Press, 2006), and a book (her PhD) on Pina Bausch’s Tanztheater Wuppertal (Frankfurt: Peter Lang GmbH, 2002). Deirdre has made two film documentaries, “Dance Emergency” (TG4, 2015), and “1943 – A Dance Odyssey” (RTE One, 2013), six radio documentaries, including three on WB Yeats, (RTE Lyric FM), and one about growing up on an Ojibway Reservation in North Ontario, curated several events and exhibitions, and has contributed to several books and top publications on the Arts.